(In this guest post, 14 year old Mu user and wunderkind Josh Lowe explains how to get Mu working on locked-down school computers running Windows. School network admins are going to go nuts over this!)

I’ve been using Mu since it was just an editor for MicroPython on the BBC micro:bit. I find myself using it nearly every day because it removes all the features I don’t need and keeps the ones I do need, in a simple layout. So when I started my GCSE Computer Science course, with the first topic being Python Programming, I instantly wanted to use Mu in class.

Unfortunately it’s not: if you’ve ever worked in a school, you’ll know about the hassle of getting stuff installed on school computers, it’s not easy at all. Even if it’s an educational program like Mu (that’s going to benefit students) there are tons of hurdles to jump over to get in touch with the people who do that sort of thing. This looked like the end of the line for me using Mu in class.

I needed to come up with a solution. 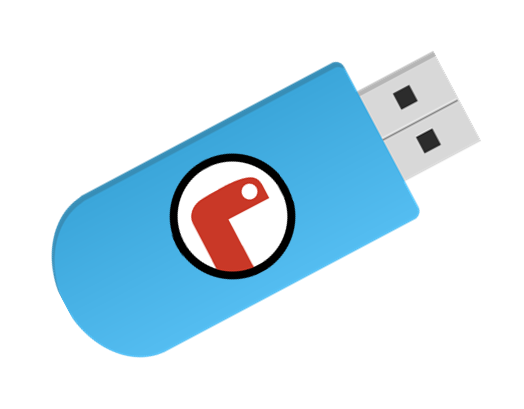 So, with a bit of thinking about how I could tackle the issue, the solution came to me. Why not install Mu on a pendrive?

Unfortunately the computers at school are locked down so there is no command prompt, you can’t use pip, run exe files or use installers that require admin privileges. School rules banned me from downloading Mu onto a pendrive. So I had to find another way to install Mu on my pendrive.

I’d like to introduce PortaMu, my solution to running Mu anywhere. I’ve also put Mu into a zip file so that you only need download and extract it without having to go through all the steps I explain below.

How did I get Mu to install and run on the pendrive?

Firstly, I had to install Mu on the pendrive. This is a very simple thing to do: when you run the Mu installer, select the installation path as your pendrive.

Once installed I faced an issue when I got to school to test it out: when Windows detects a drive it assigns a letter (e.g. F:) and this can change when you plug the pendrive into another computer. I had to keep changing the shortcut properties each time, and it became a pain. So instead of launching Mu from a shortcut, I created a simple BATCH file that ran everything needed to launch Mu and this works perfectly.

Really? Does Mu actually work? Is that it?

Yes! You get the full Mu experience. I’ve been using it in class for about a week and it’s working really well. It’s grabbed lots of people’s attention who have been using IDLE in class and they’re now starting to use Mu instead!

How can I get my hands on PortaMu?

I’ve uploaded the zip files for people to use, and they’re available in the PortaMu section of Mu’s download page.

It’s just a case of downloading the zip and extracting it onto the pendrive. Once you’ve done that, double click the Launch Mu file and a window will pop up and you’ll see Mu load, it may take some time depending on how quick your computer is.

I hope you find PortaMu useful, just like I have. It’s not only handy for schools but PortaMu can go anywhere with you, whether that be a friend’s house or a library computer.

Why not download it and share the power of Mu with even more people who maybe can’t install things on their computer!