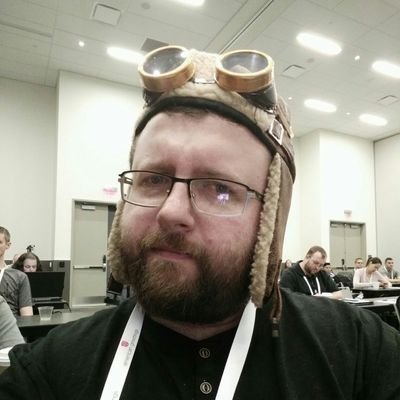 I first met Les at PyCon UK back in 2013. I was coordinating the education track where we had around 40 teachers and 100 kids turn up over two days. This was an impossible endeavour for a single person to take on. Happily, the founding principle of the education track was to bring together, without prejudice, a collaborative and open community of people involved or interested in Python in education. Les was one of several folks who selflessly contributed for the benefit of the whole community: be it moving furniture to turn meeting rooms into classrooms, setting up and configuring equipment, helping out as a teaching assistant or participating in conversations and debates around Python in education, Les was making positive contributions. He was a role model who showed he was open, welcoming and helpful to anyone who turned up.

Since 2013, Les has built a career on these invaluable, rare and unique attributes. He writes for various “open source” related magazines, runs and contributes to educational events, speaks at and continues to contribute to community events, and creates fun and affordable projects which often feature the inventive use of components and parts purchased from Poundland (a UK based shop where all items cost £1).

The following project, a CircuitPython twist on the “steady hand” game, is a case in point:

What I love about this project is how Les has created “hardware” that anyone could build themselves and the code needed to run the project is only 32 lines of very simple CircuitPython running on an Adafruit Circuit Playground Express:

You can find a treasure trove of these sorts of projects at Les’s personal website, and the sheer number of such projects is testament to Les’s extraordinary contribution to the wider community of programmers, educators and learners. Thank you Les for your amazing work.

But I was recently struck by Les’s most recent blog post, in which he describes a series of tragic and unwelcome events in his life. What made the biggest impression on me was Les’s indomitable spirit and unflinching sense of service to others. As he says, when he concludes his post:

I heartily recommend you read the whole article.

We are lucky to have such a talented and big hearted member of our community. We can all learn from his example. We could all strive to be “more Les”.