We are delighted to announce the release of Mu 1.1 alpha 2. Visit Mu’s download page to get installable versions for Windows and OSX. If you’re on Linux, please run Mu from source by following these instructions.

We’re especially proud that alpha 2 contains the largest number of updates, from the most culturally diverse group of contributors for any release of Mu so far. This is a healthy sign that Mu is flourishing all over the world.

A particular highlight of such community participation is the contribution of Sean Tibor, a teacher from Fort Lauderdale, Florida. A teacher contributing code to the tools used to teach code is a wonderful sort of virtuous circle. Well done Sean (whose podcast, hosted with his colleague Kelly, is a thing of pedagogical wonder)!

The most visible update is a new web mode and the “Adafruit” mode being renamed to “CircuitPython” mode. 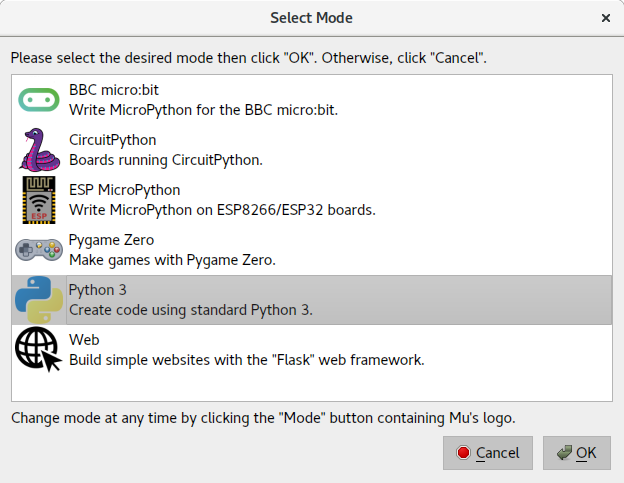 The web mode makes it very simple and easy to create dynamic web applications using the Flask web framework. As the screenshot below shows, users are currently able to edit Python, HTML, and CSS files, run a local web server and view their website in their browser. 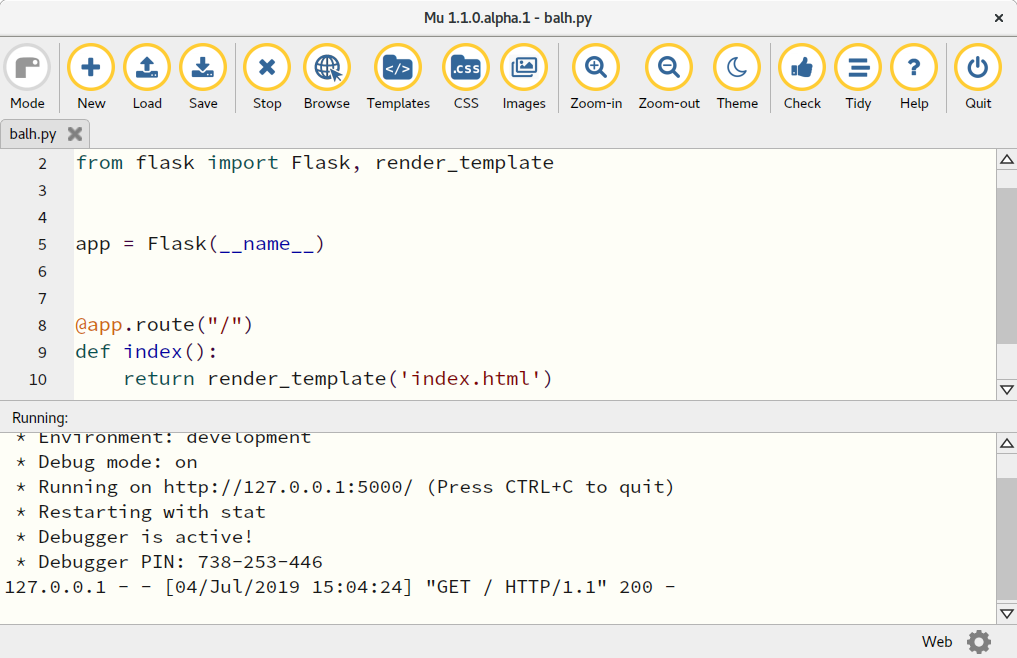 Because we want Mu to help folks succeed in making useful stuff as quickly as possible we’ve bundled some default HTML templates and stylesheets along with a simple code template which, if unchanged, will result in the following web page: 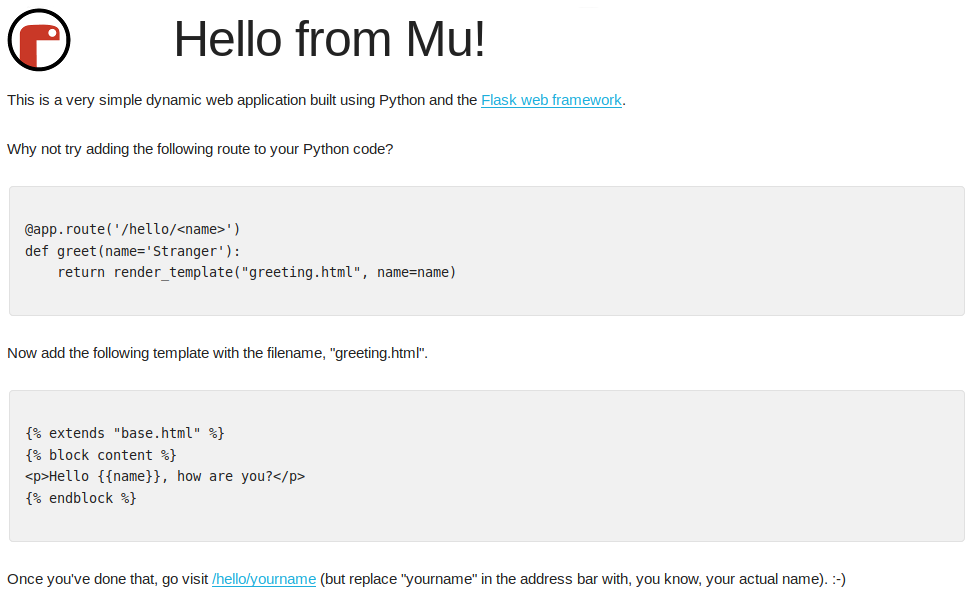 This is, of course, in the tradition of the “it works!” default website used in other web frameworks such as Django and Ruby on Rails.

This work is unfinished. We expect to add a “deploy” button to allow users with the correct credentials to host their website on the cloud based infrastructure of our friends at PythonAnywhere. Expect this to appear in alpha 3.

At the suggestion of Adafruit’s own Dan Halbert, we renamed the mode that originally supported just Adafruit’s line of boards to “CircuitPython” mode. Why? It reflects the increasing popularity of CircuitPython with other manufacturers whose boards use the Adafruit-led CircuitPython project. Many thanks to Benjamin Shockley for making this happen so smoothly.

A special mention should be made of Tiago Montes who was on fire during this past development phase, having contributed four significant updates and bug fixes. I also want to recognise the often hidden contributions of Tim Golden and Carlos Pereira Atencio. Without these two volunteers development on Mu would grind to a halt. Their patient, polite and positive reviews, help, support and engagement with the Mu community are an absolute pleasure to behold. Thank you for all you do folks!

Finally, Mu is a team effort that puts our community of users at the heart of our development process. Many many thanks to everyone who has contributed bug reports, feedback, code, documentation and onine support that has led us to this release.