Mu made a number of appearances at last week’s wonderful EuroPython 2019 conference in Basel, Switzerland. This is a report of what happened…

EuroPython is a famously friendly event, and well known for welcoming folks who are new to the Python community. One of the most effective ways of achieving this is the beginners’ day, run during the tutorial sessions that preceed the main conference. Many folks who have contributed to Mu volunteered their time to organise the beginners’ day and support those taking their first steps into programming. The latest version of Mu was used as the development platform for each of the activities that took place, and it was a huge relief to avoid spending the first hour helping folks download, install, configure and setup Python and a code editor. Mu’s bundled approach saved a huge amount of time!

The following photographs, taken by the talented Gaetano Scognamiglio, give a flavour of the day. 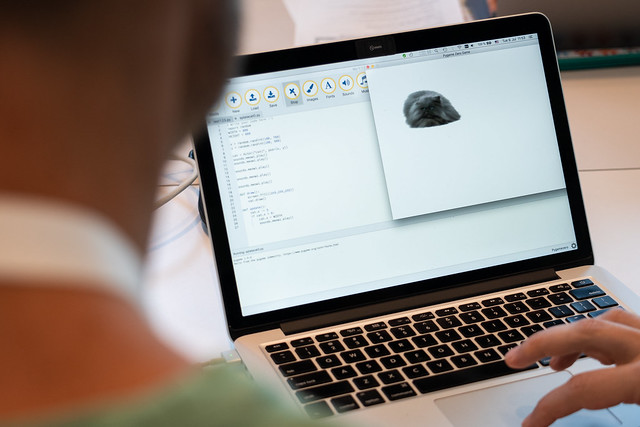 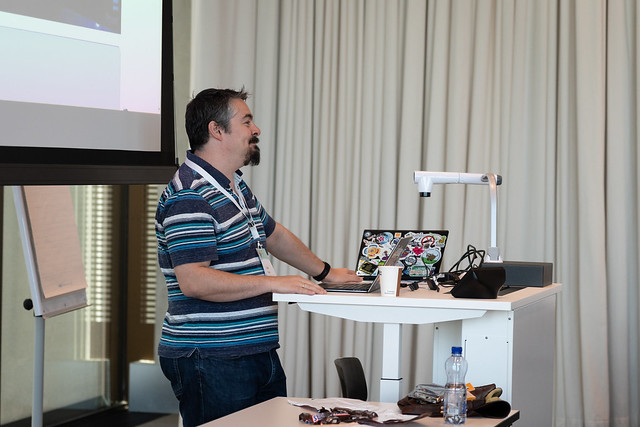 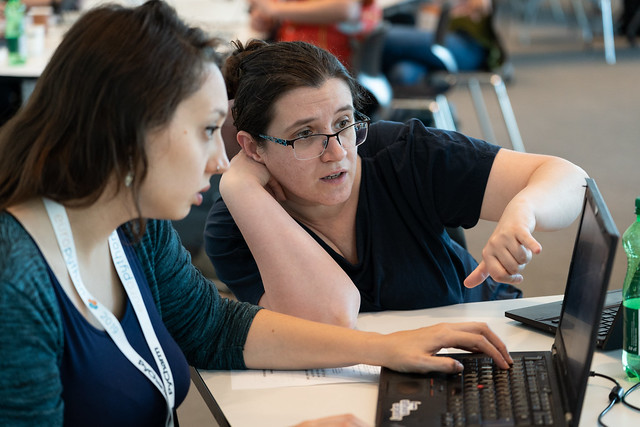 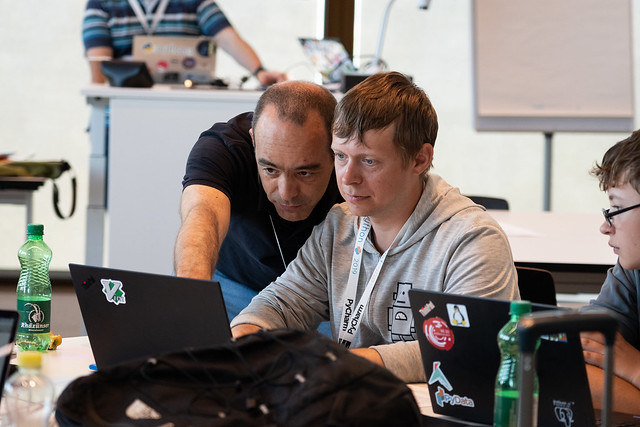 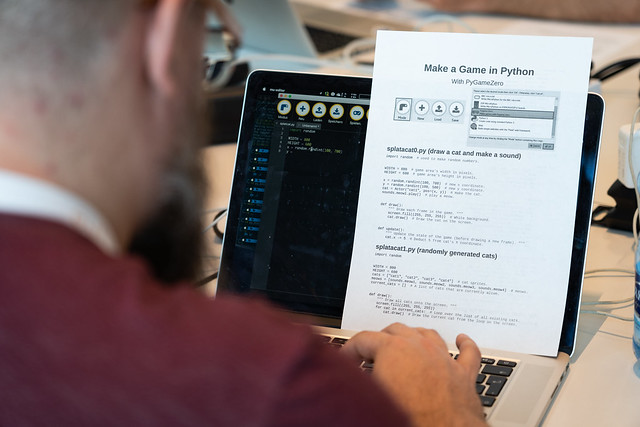 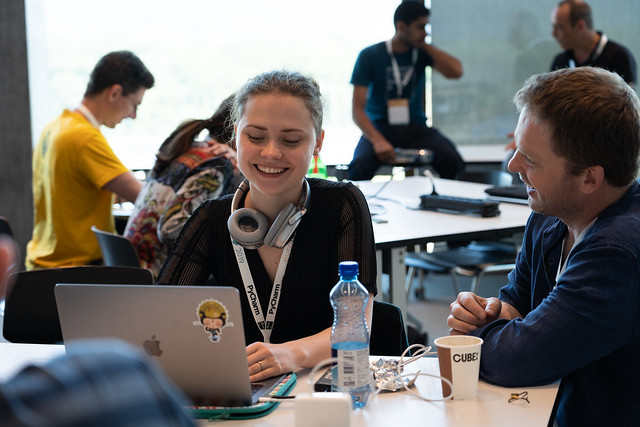 Many thanks especially to Kassia, Dan and Tiago for leading, presenting and planning several of the Mu based activities with which the beginners engaged. By the end of the day they had created computer art with Python’s turtle module, made a simple website with Flask, used MicroPython to program some BBC micro:bits (kindly donated by the micro:bit foundation) and made a cat game with PyGameZero. The afternoon was particularly good fun since the participants were encouraged to let their creative juices flow and come up with simple coding projects of their own.

These two videos capture the sorts of things folks got up to. First up is a hilarious splat-a-cat game.

I particularly like how this participant made a mashup of micro:bit and PyGameZero.

Members of the Mu community were also speaking at EuroPython.

Long time contributor, Tiago, gave a barn storming performance of live coding in front of an appreciative audience, where he created a simple arcade game using just Python’s turtle module and a few lines of code. What I particularly enjoyed about Tiago’s talk was the way he was able to tell the story of how the code is built up in simple steps to create a rather compelling and entertaining game.

I (Nicholas) also gave a talk about how we go about developing Mu. This was a story of the sorts of things we focus on, the technical choices that result and the motivation that keeps us working on Mu.

Finally, at the end of the conference were “code sprints”, where developers got together to code with each on various different projects. During this time Tiago was able to make quite a large number of issues, pull requests and other contributions via Mu’s GitHub repository. Hopefully these will make their way into the upcoming alpha 3 release of Mu.

All that remains is for me to thank the organisers of EuroPython for putting on such a well organised, relaxed, welcoming and community focused conference.